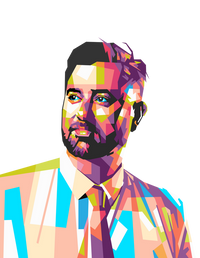 Although adept at transcribing and co-opting music from all genres and time periods, the saxophone quartet also has a deeply rich heritage of standard repertoire to call its own. Commissioned by the French Parliament for the famed Marcel Mule Quartet in 1964, Quatuor pour Saxophones by Alfred Desenclos is a true gem and cornerstone of this repertoire. Full of complexity and beauty, the work is the epitome of chamber music.

Le Bal by Thierry Escaich is a compositional tour de force for the saxophone quartet. At once improvisatory yet highly structured, Le Bal is a modern conception of a dance suite—a contemporary reinvention of J.S. Bach’s style. Though through-composed, this work alludes to classic dance styles including the waltz and tango. Of his composition the composer states: “An empty stage, still bathed in fading light. At times, memories of past balls appearing with their procession of entwined couples, hectic and repetitive rhythms ... ”

With the pursuit and championing of new Australian chamber music at the forefront of Nexas Quartet’s raison d'être, it is only fitting that the 20th anniversary concert series will end with the world premiere of Ghost Rails by Nicholas Vines. A programmatic work full of contrasts and drama telling the story of the railways around Central Station, Nexas will take you on an unforgettable journey.